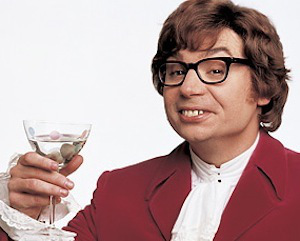 Anyway, they had me and a couple of other parents on the show as well as the psychologists involved with the report. I’m not really sure how I did—let’s just say I have a face for radio and a voice for silent film—but I was amazed when a couple of parents called in and said they never lie to their children. Ever. About anything. Not about Santa, not about the quality of the art work their children produce in class…they don’t even create fictional monsters that eat children who don’t sit in their seats at dinner! Shocking, I know.

Obviously, I’m not that good of a parent.

Here’s the podcast if you’re interested. After the bit about parents who lie, they switched topics to Beyonce’s inaugural performance. Obviously, I’m honored and humbled that I got to share air-time with people who were even mentioning Beyonce.