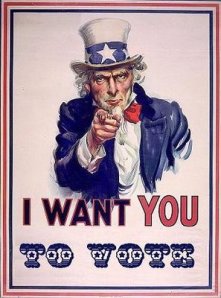 Last Friday, we decided to take the kids to vote in this little thing called the Presidential Election. Typically, I like to vote on Election Day—hamming it up with the volunteers and seeing all the old people dressed to the nines to practice their constitutional right makes me fall in love with Democracy all over again. But standing in an hour-long line with two bored preschoolers is enough to make anyone hate democracy, so we decided to vote early. The line was short and the kids were really excited to witness democracy in action. I was actually surprised at how enthusiastic they were when I told them we were going to vote. They jumped up and down and clapped. It took me a good 15 minutes to realize they thought I was saying we were going to go “boat,” not “vote.” Their enthusiasm waned when we got to the polling center and there was no water or boats.

But we pressed on, determined to teach our kids why America is the greatest country in the world (because after a year of attack ads, scandals, predictions, and crazy punditry from Fox News, we get to release all of our pent up energy by filling out a tiny bubble on a scantron, casting our vote for the person we think should spend the next four years steering our great nation into what will likely be an End Of Days scenario, if the aforementioned crazy Fox pundits are correct. Oh, and by the way kids, your vote doesn’t really matter unless you live in Ohio). But I digress. Back to democracy.

I spent some time trying to explain to the kids how everyone in the country gets to cast their vote for elected officials. “Sort of like when I ask you what TV show you want to watch,” I explained. The metaphor fell flat because typically, I discount their votes for Barbie and just put on Phineas and Ferb because Phineas and Ferb is awesome and Barbie is not awesome.

The kids may not have a firm grasp of the democratic process, or understand what the President of the United States does, but they know how to doodle on pieces of paper. And that’s exactly what they did. They each took a ballot and drew shapes, scribbled their name, created elaborate treasure maps with volcanoes and crocodiles and mountains. My daughter spent a lot of time circling the face of Mitt Romney, which, I have to admit, made me a little nervous. It would be a hilarious cosmic joke if my wife and I turned out two little Alex P. Keatons.

In the end, wisdom prevailed. When I asked my son who he’s voting for, he said, “Cooper,” and wrote his big “C” on the ballot before turning it in. (Who among us hasn’t resisted the urge to write in your own name on that presidential ballot?). For a moment, I was in a daze, imagining a world where my 3.5-year old son Cooper was President. Imagine if you will, an America that follows the whims of an easily distracted preschooler (Insert George W. Bush joke here).

As for my daughter, when I asked her who she wants to be President of the United States, she told me straight up: Christmas Lights.

A house divided. But at least they voted.