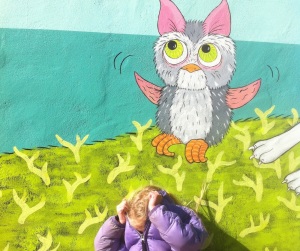 The great thing about excessive vomiting is that it gives you the chance to reinforce lessons about gravity. My daughter stayed home sick from preschool recently. We kicked off the day watching The Little Mermaid. She was lying on the couch and asked me to lie down beside her on the floor. I obliged because I’m always looking for an excuse to take a nap, but I told her to let me know if she was going to throw up so I could move.

“I don’t want you throwing up on my face,” I said.

“Okay,” she said. Then she had a light bulb moment. “Hey, throw up doesn’t float because of gravity!”

I was so proud. We went into a five-minute rant about how weird it would be if throw up could float. Like, if the rest of the world was bound by the laws of gravity, but not vomit. You’d have people regurgitating all kinds of things just to make them float. We decided it would be cool. Disgusting, but cool.

Because I’m a dad, I was proud that I had the opportunity to use her sickness as a way to reinforce the basic laws of physics that we’re all bound by. You never want to let a teaching opportunity slip through your fingers. My father knew this better than anyone. At any given moment, he could go all Father Knows Best and break out some sage advice, using our surroundings to teach his kids the importance of never buying cheap batteries, or how the key to frying a proper egg was patience. Those were his two main nuggets of wisdom that he wanted to pass on to his children. Buy good batteries and use low heat when frying an egg. They’re solid pieces of advice, but they didn’t always apply to the situation at hand, like in the dugout during a baseball game, or when I was getting ready for prom.

My daughter also understands the importance of teaching lessons. In the afternoon of her sick day, she started feeling better so she decided we should play school. I’d be the student, she’d be the teacher. She grabbed a ruler, tapped it on the table and said, “every time I do this, you have to listen.”

She tapped the ruler on the table a lot, then dropped nuggets of wisdom like, “if there’s a giant spider crawling over your house, you should tell an adult.” Then we started trading off lessons. She’d say, “When you’re in love, you get married.” And I’d say, “In the United States, you’re not allowed to get married until after you go to college. In some states, you have to go to graduate school first.”

I think we both came out of that sick day a little wiser. 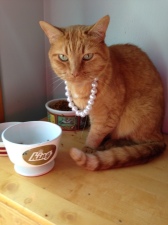 When you bring your baby home from the hospital after he’s born, your mind is reeling with the possibilities of parenthood. Mostly, you see rainbows, imagining afternoons at the park playing baseball and making macaroni necklaces for Christmas presents. What you can’t imagine is that at some point during your tenure as a parent, you’re going to have to say the phrase, “son, don’t lick your sister’s feet.”

You’re not an idiot. You know there will be ups and downs. There will be tantrums in the Fun Depot. Smoothies spilled in the car. Maybe some light biting. But having to tell one child not to lick the other child’s feet never even crosses your mind.

But it’s going to happen. The first foot-licking incident will be accidental. They’ll be wrestling barefoot and an errant foot will cross in front of someone’s face and that kid will seize the opportunity and stick his/her tongue out and take a lick. It’s an act of curiosity mainly. The other child will giggle and then it’ll be an all out foot lick fest, at which time you’ll have to say, “son, don’t lick your sister’s feet.”

It’s such a weird thing to say, you’ll actually pause and think, “I can’t believe I just had to say that.”

Soon you’ll be saying it so often, you’ll have to write it on the dry erase “rule board” next to other gems like, “don’t put mom’s pearls on the kitty,” and “don’t tell strangers their hair looks funny,” or “glow sticks are not food” or any number of bizarre societal norms that most of us take for granted.